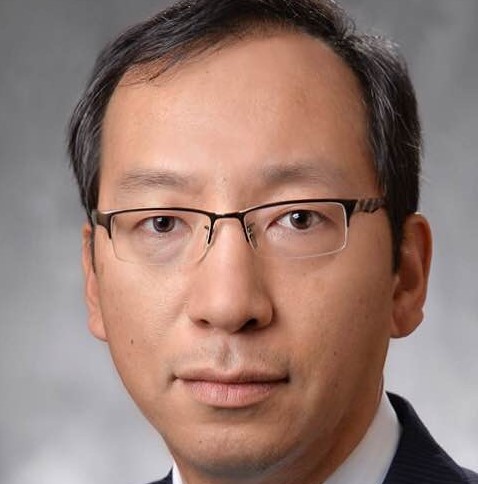 Frederick Jiang, CFA is Co-Founder and Managing Partner of Plaisance Capital Management LLC, a venture capital investment company based in Boston and New York. Mr. Jiang brings to AccuraDX 24 years of capital market and management experiences gained through his investment and entrepreneurial career. Before co-founding Plaisance, Mr. Jiang was Co-Founder and Managing Partner of Coalescence Partners, an investment shop managing hedge fund and private equity fund in Boston and New York. Before that, Mr. Jiang was a Senior Vice President of Waddell & Reed / Ivy Funds, which was one of the oldest investment firms with a history of over 80 years. Mr. Jiang joined Waddell & Reed / Ivy Funds in 1999 as Asian Pacific Equity Analyst. He was named Portfolio Manager of Ivy Pacific Opportunities Fund in early 2003 and won Lipper Best Fund Awards for 3-years and 5-years performance in 2010. From 2013 and 2016 Mr. Jiang managed Ivy Emerging Market Equity Fund, a Lipper and Morningstar 5-star fund as of 3/31/2016. Before Waddell & Reed, Mr. Jiang was an equity research analyst for ABN Amro Asia between 1994 and 1997, covering Chinese equity market in Hong Kong and Shenzhen. Mr. Jiang graduated from China's Central University of Finance and Economics with a BA degree in Economics and Accountancy. Mr. Jiang received his MBA degree from Stern School of Business of New York University in 1999, and Certified Financial Analyst (CFA) charter in 2001.Through his 24 years of investment career, Mr. Jiang has invested in many biotech, medical device and pharmaceutical companies globally, including Elixell Therapeutics, Celltrion Healthcare, HebeCell, Sun Pharma, Applied StemCell, Lifetech Scientific, MitrAssist Ltd, among others. 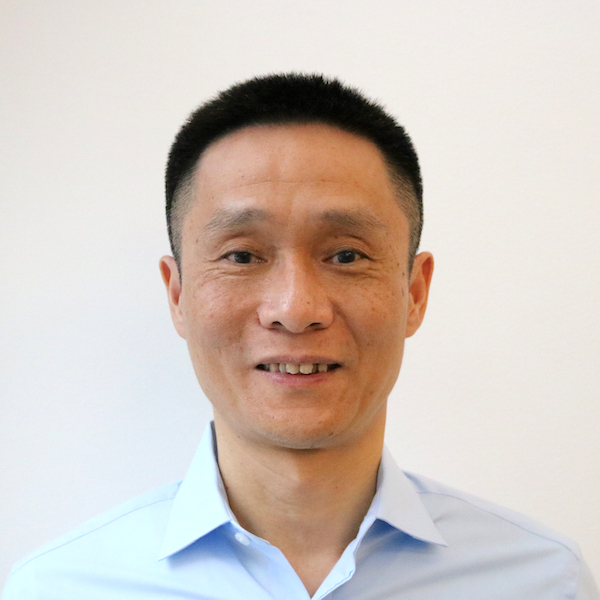 Chuan He, Ph.D., is the John T. Wilson Distinguished Service Professor in the Department of Chemistry, Department of Biochemistry and Molecule Biology, and Institute for Biophysical Dynamics at the University of Chicago. He is also an Investigator of the Howard Hughes Medical Institute. Prof. He graduated with a B.S. degree from the University of Science and Technology of China in 1994. He received his Ph. D. degree from Massachusetts Institute of Technology in chemistry in 2000 with Professor Stephen J. Lippard. After being trained as a Damon-Runyon postdoctoral fellow with Professor Gregory L. Verdine at Harvard University from 2000-2002, he joined the University of Chicago in 2002. He also served as the director of Institute for Biophysical Dynamics from 2012-2017. He’s research spans a broad range of chemical biology, molecular biology, biochemistry, epigenetics, cell biology, and genomics. His recent research concerns reversible RNA and DNA methylation in biological regulation. His laboratory made the original discovery of reversible RNA methylation in 2011. His subsequent work demonstrated that dynamic RNA chemical modification represents a new mechanism for gene expression regulation. He also invented widely utilized methods for mapping DNA epigenetic modifications and for applications in precision medicine. He is the director of the NIH National Human Genome Research Institute (NHGRI) Centers of Excellence in Genomic Science (CEGS), Center for Dynamic RNA Epitranscriptomes. 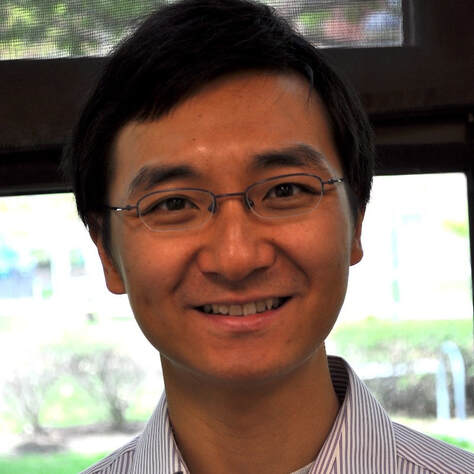 Ye obtained a B.S. in Chemistry from Peking University in China, and a Ph.D. in Chemistry from The University of Chicago in Chuan He's lab. Ye pioneered the work on dynamic regulation of RNA modifications and co-discovered the function of FTO as the first RNA m6A demethylase in 2011—a landmark in the field of epitranscriptomics. In addition, he developed high-throughput sequencing methods to map the genome-wide distribution of several base modifications—including 6mA and 5hmC in the eukaryotic genomes—and revealed their functions in regulating gene expression. Ye then completed postdoctoral research in the lab of Xiaowei Zhuang at Harvard University, where he used quantitative imaging and super-resolution imaging to study the function of RNA m6A-binding proteins in regulating the phase-separation of stress granules in mammalian cells. Ye has published more than 25 peer-reviewed publications, including first author articles in the journal Cell, Nature Chemical Biology, Nature Communications, Angewandte Chemie, as well as Nature Reviews Genetics. His work has been cited more than 10,000 times. Ye joins AccuraDX as the Vice President of Research and Development, and is working on advancing KAS-seq technologies to both basic science and translational applications. 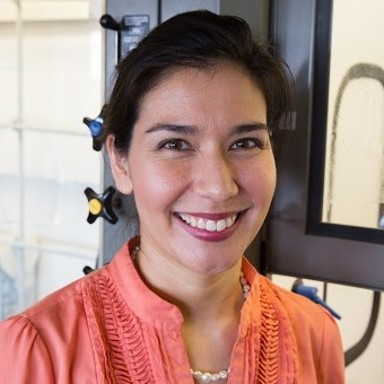 Originally from Northern Virginia, Dr. West-Szymanski obtained a B.S. in chemistry at The College of William & Mary. She then obtained Ph.D. in chemistry at the University of Illinois at Urbana-Champaign, where she performed drug discovery and pre-clinical research on an anti-cancer compound now in clinical trials. After graduate studies, Dr. West-Szymanski completed postdoctoral research in cancer biology at The University of Chicago. After serving as teaching faculty of chemistry and biochemistry at Ave Maria University, a small liberal arts college, she returned to basic research in 2018 at The University of Chicago. As a Staff Scientist jointly mentored by Professors Chuan He and Marc Bissonnette, she has used He lab technologies at the bench for biomarker discovery. In 2019, she was named by Halo as one of Chicago's 40 under 40 Scientists. Since joining the team at AccuraDX at its founding in February 2020, first as Product Development Lead, and now as Vice President of Operations, she is enthusiastic about getting exciting AccuraDX technologies into the hands of researchers. 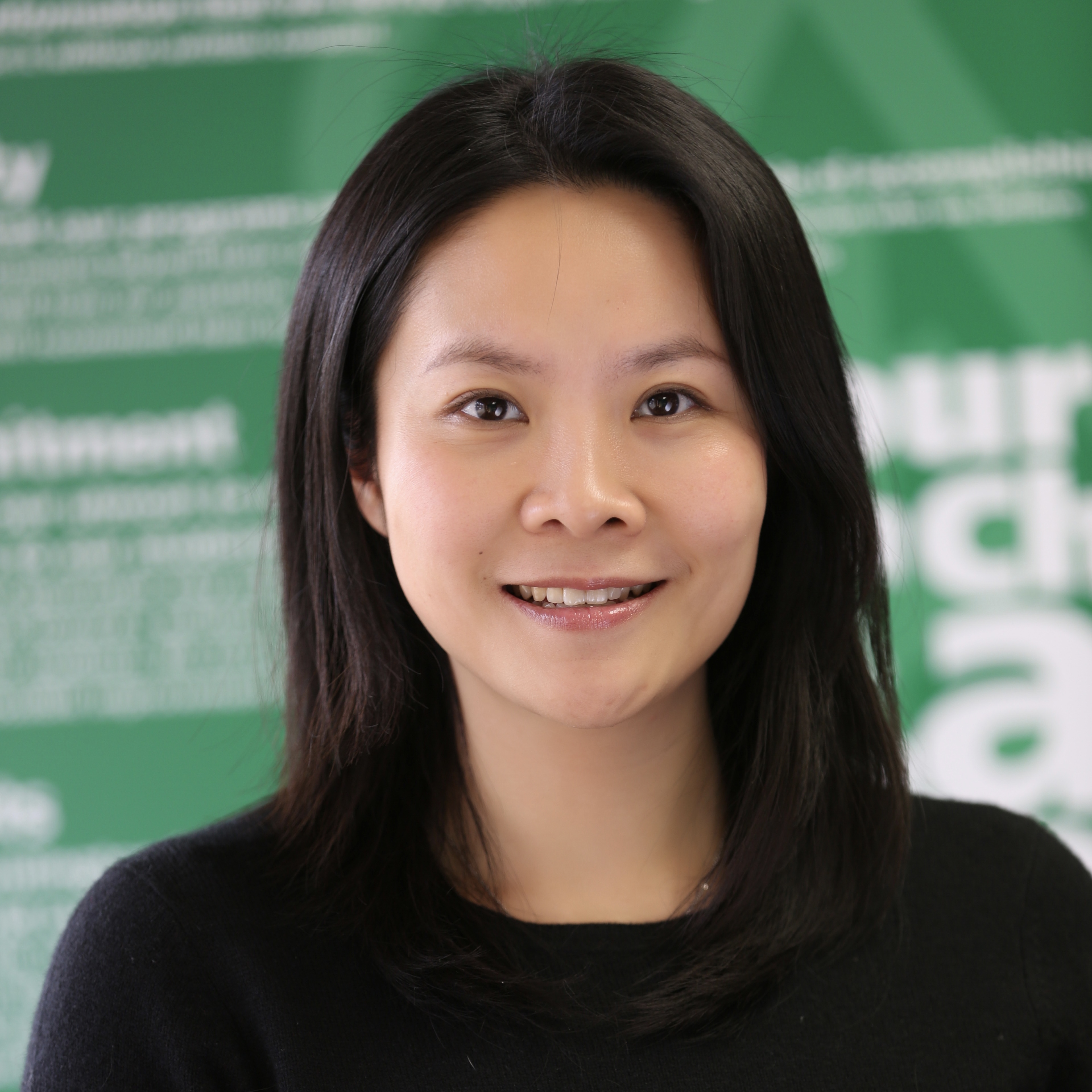 Dr. Gao joined AccuraDX team as a business development consultant in Nov 2020. She is also a researcher in Cancer Early Detection jointly mentored by Professors Chuan He and Marc Bissonnette at the University of Chicago. She has over twelve years of experience in life science research. She obtained Ph.D. in Biochemistry and Molecular Biology at the University of Rochester where she conducted research on how HIV mutates by evolving the structure of the viral RNA genome. Additionally, after completing her MBA degree at the University of Iowa Tipple School of Business, she served as an investment analyst for over two years with Principal Global Investors. She was also an entrepreneur and served as the owner and manager of Huntington Learning Center of West Des Moines in Iowa for two years. The combination of scientific and business backgrounds well positions Dr. Gao to provide assistance with business operations and scientific technical advice. 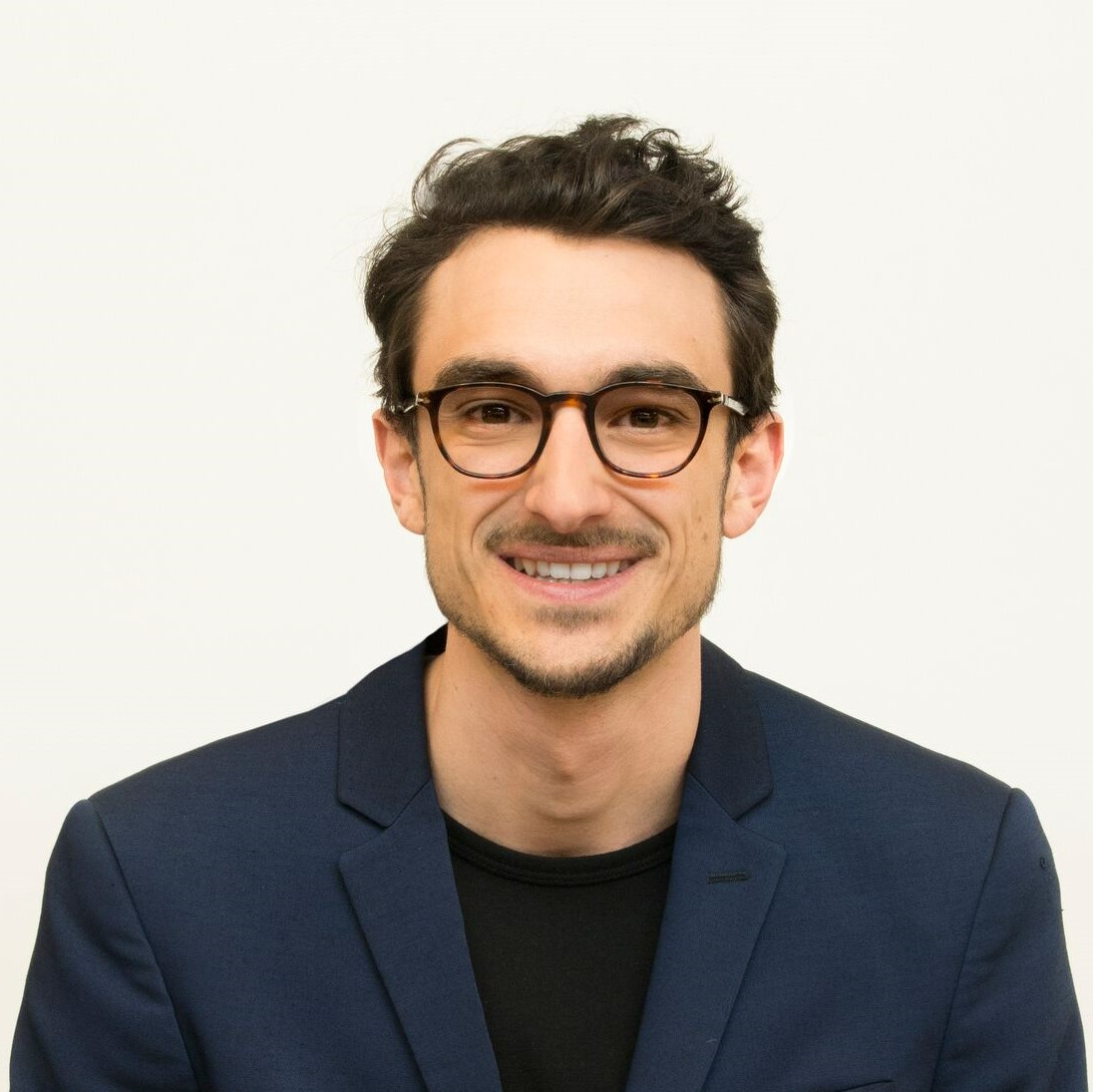 Yuri Malina is a Franco-American entrepreneur. He was the co-founder of SwipeSense, a technology company that raised over $24M in venture capital to create patient safety infrastructure for hospitals. He served on the company’s board of directors, and in executive roles as Chief Operating Officer, VP of Engineering and VP of Product prior to the business being acquired by SC Johnson in March 2020. Prior to SwipeSense, Yuri co-founded Design for America, a nation-wide initiative to spur social innovations among college students. He helped grow the organization to over two dozen top colleges across the United States. DFA was acquired by the Watson Foundation in September 2020. He studied Science and Mathematics in the Integrated Science Program (ISP) at Northwestern University. He has several patents to his name, and was listed in Forbes 30 under 30 in the Social Entrepreneurship category in 2015. Yuri is thrilled to leverage his background and experience to help commercialize the KAS-seq technology. 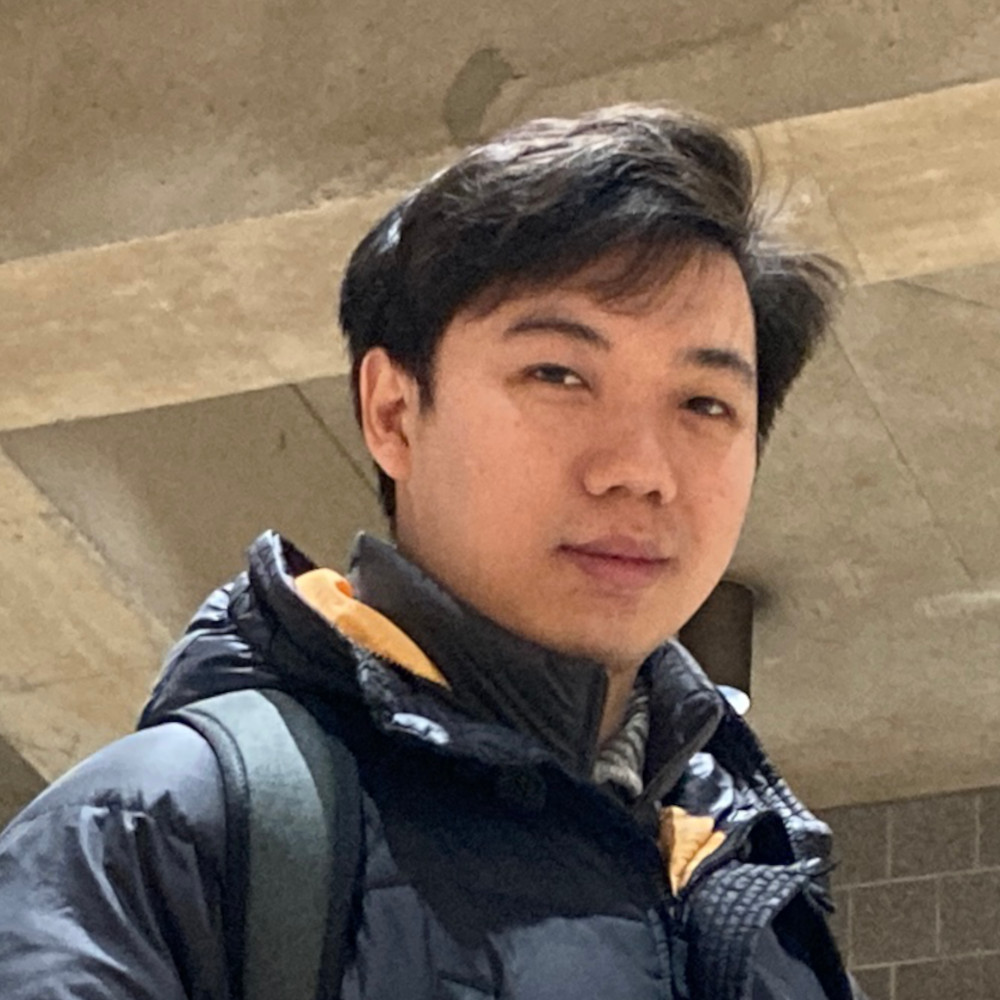 Johnson is pursuing his MBA degree at the University of Illinois Chicago and joined AccuraDX as a student intern in October 2021. Before attending the MBA program, he got his B.S. and M.S. degrees in biotechnology in Taiwan and had 8+ years of experience in the pharmaceutical and biotechnology industries as a scientist and project manager. With great enthusiasm in this field, Johnson is interested in promoting innovations in biotechnology for benefitting more people. 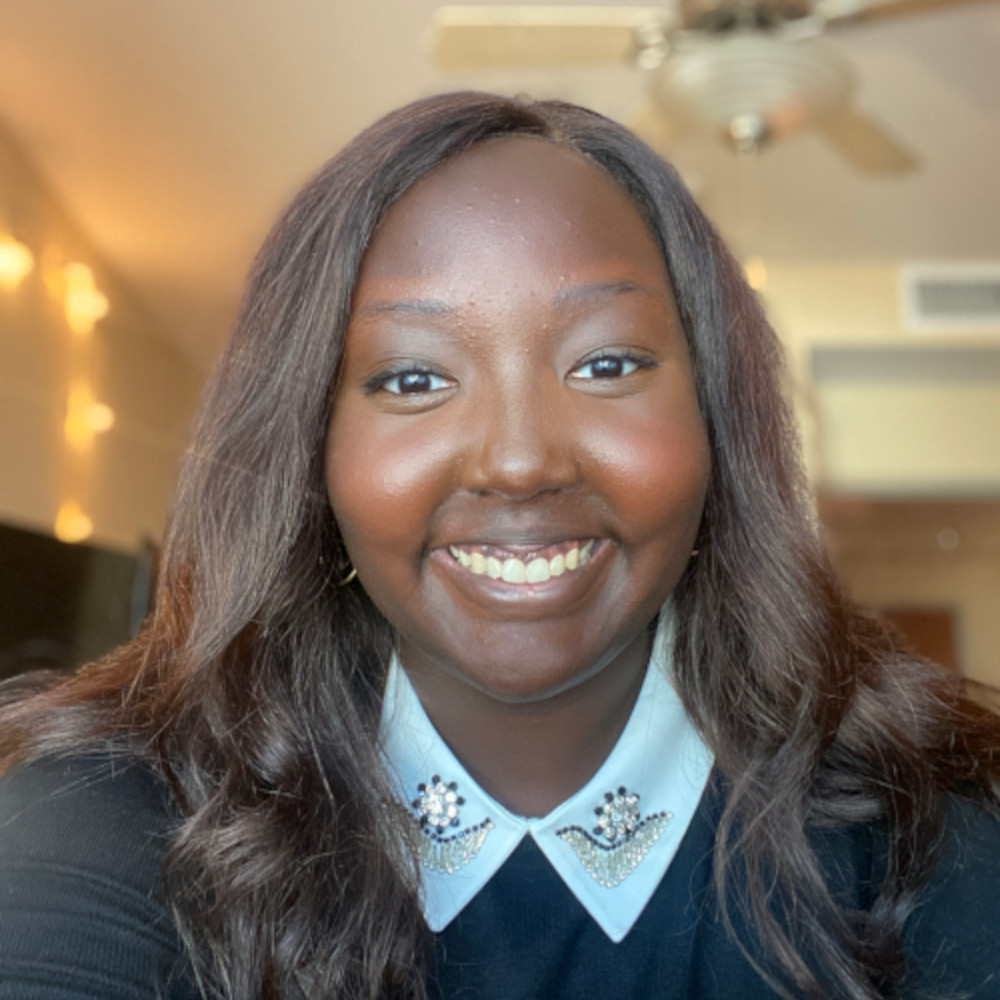 Cynthia Kipkulei is a student majoring in Epidemiology with a minor in Marketing at Indiana University. A passion for life sciences and marketing has furthered her curiosity about how these two fields complement each other in the biotech space. Since joining AccuraDX in August 2021, she is currently a Student Intern with a focus on customer discovery.